I'm just here, gonna do my yearly thing where I reflect from the last year and you know the rest yeah right okay let's start uh huh

Two semesters have passed since my last entry, I gotta say I'm pretty impressed with myself. Well, it's nothing actually impressive. I mean, I failed a subject in the first and had to attend summer classes, and I also got one conditional grade in the second so I have to take an exam in the next few days but STILL, I can't believe I haven't killed myself yet!! I'm so happy for me!!!

Moving to another subject regarding something I also happen to enjoy: DRAWING

I drew a lot this year! I've been keeping a doodle notebook and I got my tablet to work. It's seriously great that I'm getting interested in drawing digitally again. Uhhh I'm using my phone to write this so um here?: 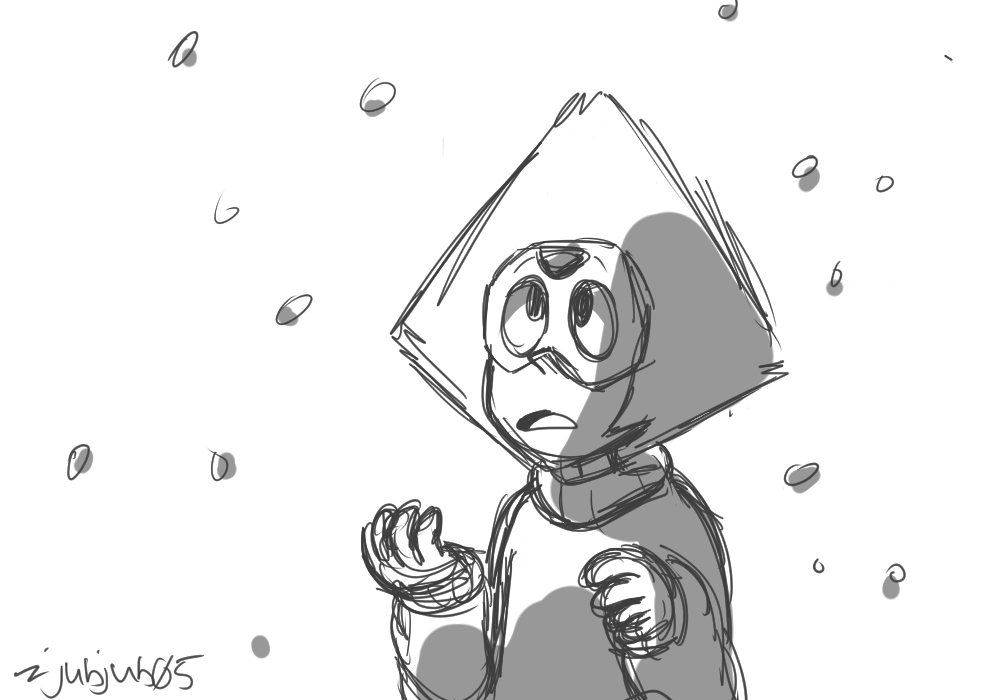 It's a doodle of Peridot hahaha

Speaking of Peridot, I also became addicted to Steven Universe. I've been a fan since 2014 but now I can just never get enough of it and I blame it all on the Steven Nuke. It's now a huge part of my life and I don't regret it. Also it's one of the reasons I've been drawing a lot again. Also because of it I've learned to accept myself for uh whatever I am *cough* and others for whatever they are. I can't wait to learn more from it!

I know many tragedies happened in 2016. Truthfully, I have no idea how to live in this planet anymore. I've been really numb about a lot of things. I tried to ignore it and just try to keep going maybe see where it'll take me. Huh. Wow I hate this paragraph. I can't understand a thing in this paragraph? Wow?